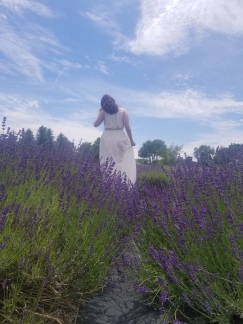 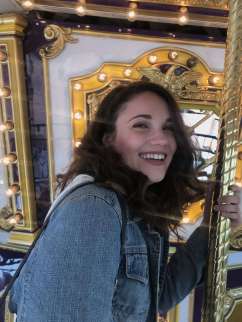 Lavender and farm stands and carousels and more!

On my quest to explore home and find the perfect daycation spots on Long Island, I decided to explore the east end of the island! I have never really taken much time to explore out east, outside of my yearly apple and pumpkin picking trips. You see, most things that far east are way too far for me to drive alone for a day. So I enlisted the help of my friend and honorary tour guide Michaella, who grew up more east on the island and knew the lay of the land out there!

We started out our day at a place that neither of us have gone called Lavender by the Bay which is exactly what it sounds like, a lavender field out by the bay! And I must say, it was stunning and smelled amazing. Right now, only the English Lavender is bloomed but I would love to go back when the French Lavender is at its peak because I’ve heard it is beautiful. 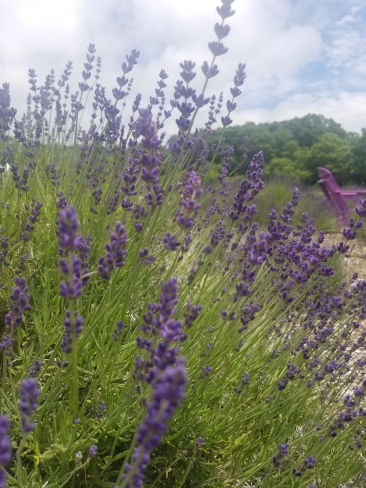 The staff there was incredibly nice and they put a lot of emphasis on protecting the plants, and the bees who inhabit them, alike. Entering the lavender field on a weekday only cost about $6 and I believe the price only raises to $9 on Saturdays and Sundays. Our main objectives in going there were to relax and enjoy the weather and the smell of the lavender, and also get some really nice Instagram pictures. ** I plan to do a full post of the pictures of me taken that day as an OOTD** 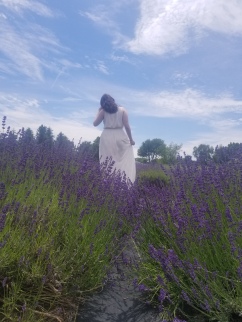 After spending about an hour of wandering the field, we stopped into the little barn shop that had all things lavender. There was everything from sachets to extracts to teas and even books! Not to mention, you could buy your own lavender plants to grow and take care of or pre-cut bushels too put in your home!

After Lavender by the Bay, we changed outfits in the hopes of going to Greenport and getting photos on the carousel. However, to our dismay, the carousel was closed for the day. But instead of leaving, we decided to make the most of being in a cute town and did a little exploring and got lunch. 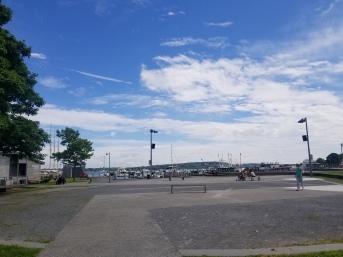 For lunch, we decided to stop into a cute little Mexican place called Luncharitos which was really nice. The service was great, the prices were reasonable, and the food was amazing. Michaella and I got tacos and the hardest thing about the whole lunch was choosing only 3 tacos each. There were so many really tasty options to choose from! 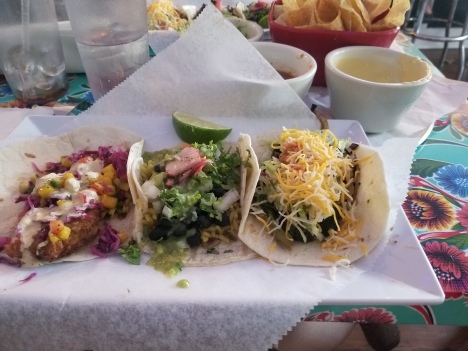 Since we were stilling determined to go on a carousel, and Michaella knew of one more carousel we could try, we were on the road again! But first, we decided to make a quick stop at a farm stand to pick up some fresh fruit. The stand was called Briermere and they had a wide selection of produce, cider, pies, and more! 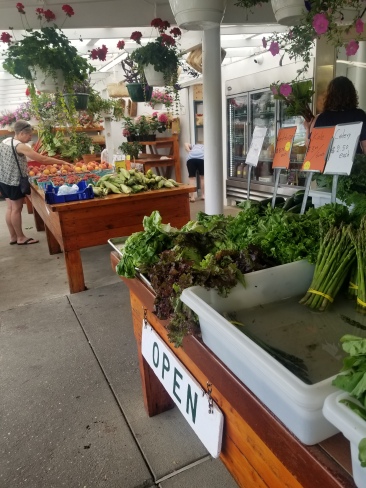 After that, we were headed towards Wading River to the East Wind shopping center. When we got there, we were the only people who were there to ride the carousel which was a little uncomfortable, but also made it slightly less awkward to take pictures. 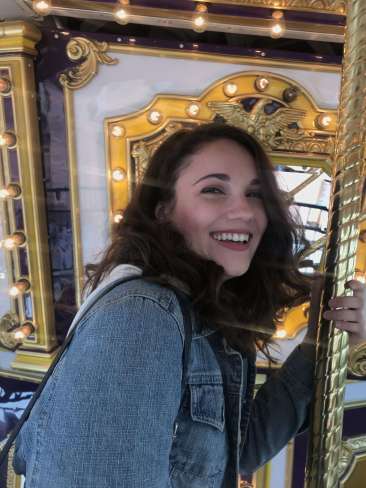 Overall, I found the day to be quite enjoyable and stress free! I would love to plan another day to explore even more out east, but for now, I am happy to say that I have explored home and got to appreciate the place I grew up a bit more!

4 thoughts on “Exploring Home: Out East”

What inspires and motivates you?🧠
Take what resonates, share what others might need today🌼
🧿International Day of Yoga🧿
Feeling beautiful starts with how you speak to yourself💕
Offer yourself grace, space, and patience this weekend ❤️‍🩹🧸
Take what you need or tag someone who needs a reminder ❤️‍🩹☁️
I exist in 2 separate worlds at the same time🌎
You are not going to know the right answer every time❤️‍🩹
You are more🦋