Where the wild things are~

When I first decided to do a “wish you were here” for Disney World, I thought I would only do one post, but I had so much fun that I decided to do one per park! However, I wanted to start by talking about the night I arrived because we went to Disney Springs. 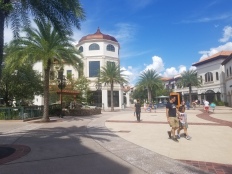 Growing up, I always knew it as Downtown Disney, but I’m adjusting to the name change. We really spent the time just exploring the different gift shops where I celebrated the new Halloween merch and bought some cute candy corn themed ears. 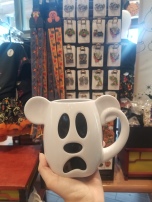 Then we grabbed some food at Chef Art Smith’s Homecomin’, known for their chicken and donuts which my whole family enjoyed. And they even brought out cake for my grandpa’s birthday.

My first full day started at Animal Kingdom. We were there bright and early for when the park opened at 9 and ran straight to my one of favorite rides, Dinosaur! I think it is such an incredibly underrated attraction and it is super fun and thrilling. 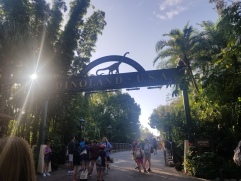 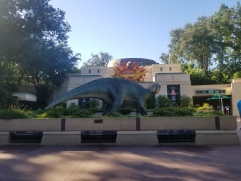 After, we made our way to Expedition Everest which is a roller coaster that sends you through the mountains to escape the yeti! It was a super exciting way to wake up in the morning. Plus, we had a fast pass so we didn’t even have to wait on line, we just walked on! Enjoy the picture on the right of me flailing for the cameras.

Next, we headed to Kilimanjaro Safari which I consider to be more of an “attraction” than I consider it a ride. It is a safari tour that takes you to see some really beautiful animals as the tour guide preaches the benefits of protecting the environment and ending poaching of dying species. 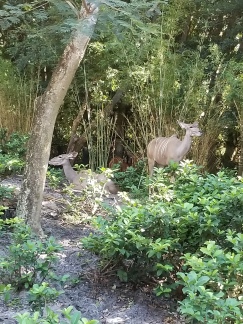 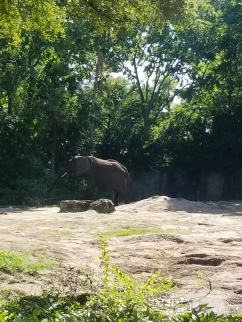 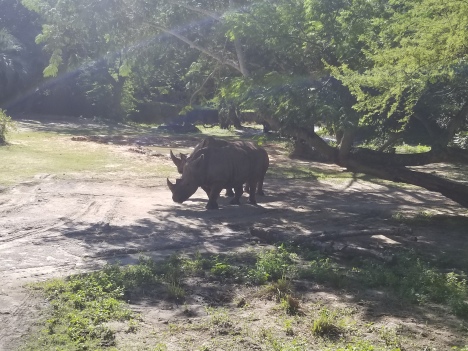 Usually I have bad luck on this attraction and the animals are usually asleep whenever I go, but this time I got some really awesome up-close-and-personal shots of the animals!

We then made our way to Pandora which was the Avatar themed area of the park which was a new addition within the past year or so. It was my first time seeing it and I have to say that Disney really nails the details. Even though I’ve never seen Avatar, I still felt immersed in the scenery.

There, we rode Navi River Journey, which I sadly found to be underwhelming. We had a fast pass though so we just walked on. However, my faith was restored after riding the new Flight of Passage ride which was STUNNING.

After that, we grabbed a cold drink (a specialty of Pandora) and I got a watermelon salad for lunch which was a nice contrast from a lot of the heavier food items theme parks sell. 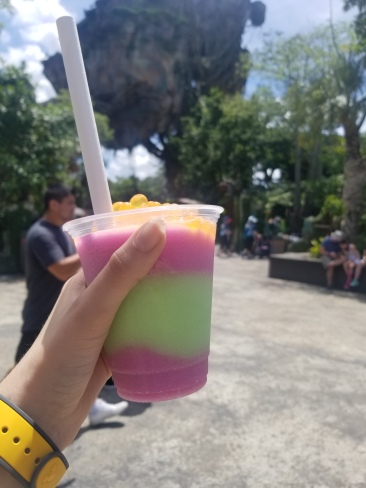 That was the end of our day in Animal Kingdom and we moved on to Epcot next after a nice relaxing break, hanging out at our resort.

Stay tuned for the other 3 parks coming to my blog shortly! Thanks for reading and until then, wish you were here~

4 thoughts on “Wish You Were Here- Disney World: Animal Kingdom”