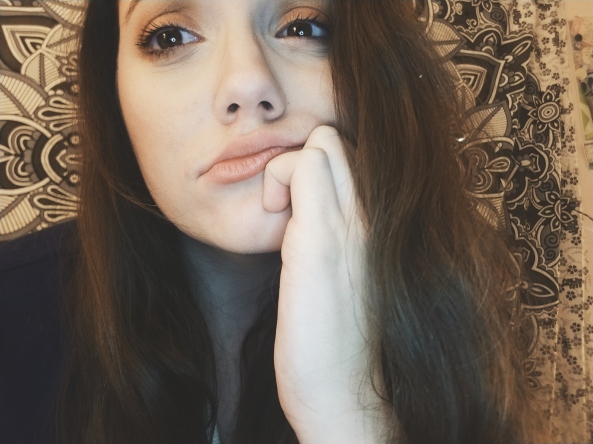 So, I’ve mentioned this in previous blogs but I know I’ve gained a lot of new viewers over the past few months so I’m gonna say it again… I write a lot of my blog posts weeks or even months in advance if I have a solid idea and it doesn’t fit into the currently drafted posting schedule. I never like to repress inspiration or waste good ideas so I just write them up and schedule them for later dates where I feel they will fit better. That is the case with this blog post you’re reading right now. I wrote this post on January 21st, but at this point, all of January and half of February is already scheduled so I am putting this post here!

I am saying this because I am hoping that by the time this post comes up to be posted, I have more figured out and I’m in a clearer mental state and can include a good update. That is one of my favorite parts about pre-planning posts because I can look back at them and see the growth in the short period of time between writing and releasing. (Update to come at the end of the post)

The format of this post is going to be sort of a casual chat about where my head is at and how my head got there and what I plan on doing from here. I know I have a similar post going up in 10 days from when you’re reading this, touching on more specifics about the feelings I will be discussing here, so think of this as an introduction to my psyche as a nearly 23 year old woman living in 2018 (I hate calling myself a woman because it makes me feel old).

When I was starting college, a YouTuber named Dan Howell posted a video called “Existential Crisis” where he talked about the moment when you essentially start to question your existence and your place in the world and whether or not everything you’re doing is futile and worthless in the grand scheme of things (he somehow made the topic incredibly lighthearted and even humorous as dense as it is). I know that this seems like a rather pessimistic outlook on things, but I feel like everybody has experienced a few moments of existential dread and questioning at one point or another in their life.

The reason I am bringing this up is because I am sort of caught in this spiral of existential crisis, mixed with a bit of quarter life crisis, with a dash of fearing that my life will just be an ordinary day-in-day-out-9-to-5-grind until I die. And anyone who has been reading my blogs for a while is probably like “come on Jess, you say this about once every month or so, you’re only 22 (nearly 23) and you have your whole life ahead of you, and you have an MBA, and you’re smart, and you’re creative, and you have an awesome support system, why are you freaking out?”…or you’re just simply telling me to shut up which is also a nice short, sweet, and to the point way of handling things.

And you know, I sort of feel the same way when I hear myself overthinking and panicking, but I feel like my panic is valid. I am only 22 (nearly 23) which is a fact that has grown to be more frightening than comforting to me. Like I’m only 22 and I already feel trapped by the expectations of the working world and by my personal finances?! That means I could be dealing with 30-40 more years of dread before retirement followed by the fear of hitting old age and feeling like I lived my life as a cog in a machine!

I wrote a post a little less than a year ago called “Anything But Ordinary” where I talked about my crippling fear of living an “ordinary” life. This fear has been ever-present in my life, but graduating last year definitely brought it to its peak. I think it is half my anxiety talking and half my genuine fear and mental blockages. It wasn’t until recently that I learned the name for my phobia, koinophobia.

My definition of “ordinary” is working a 9-5, going home, eating dinner, going to sleep, waking up and doing it again then only somewhat having a life on the weekend where I feel mostly rooted to my house and bum clothing. To some people this is the dream and I am not knocking that lifestyle at all. “Ordinary” isn’t a bad thing, it just isn’t my vibe (I may or may not have said just that in my previous post about this subject). If you thrive on the 9-5 work grind and bum weekends then more power to you! Live that life and be proud of it!

Growing up, I always knew I wanted to be more than a desk job worker who lived to punch the clock. I had dreams of places I wanted to go, I would write stories, play dress up, lay in bed playing out adventures in my head, write scripts for shows that I wished were my life, read Nancy Drew Mystery novels and played Nancy Drew games wishing I could be an actress or a spy or a film maker or an author, being my own boss.

When I thought of what my future looked like, I saw me. I didn’t see a cubicle with no windows, I didn’t see time sheets and staff meetings and budgets and salaries and sitting in front of a computer screen staring at emails and data until my eyes went numb. I saw myself, the open road, the ones I loved and had yet to love, and adventure. I saw money flowing in as i pursued my passions. I saw this world filled with color.

I know I sound dramatic and my worries of this year will be long gone by the time I find new worries for the next year and so on. I know that I am not meant to know what life has in store for me yet. I know that life happens the way it is meant to happen and that I will live my own adventures and dream new dreams and that I can be more.

I also know one more thing, I know that no matter where life takes me, I want to continue making my 8 year old self excited about who she has become~

Update: Not much has changed since this post was written. I believe that my feeling stuck is largely due to the weather and the fact that life is moving faster than I can adjust to it. Overall, I know things will get better as the year comes into full swing, but right now I sort of feel like I am cramming things in to the point where I have become scattered and mentally congested.

Things can and will get better though.

25 thoughts on “A Chat About An Existential Crisis”