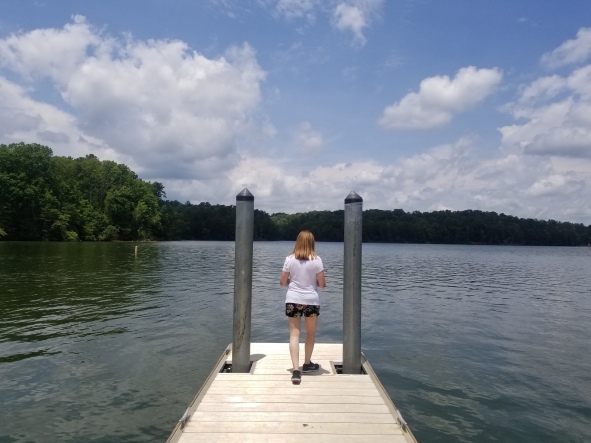 Life is a game you can’t win~

I am not a very competitive person. I have never really been too competitive and I don’t see the value of being incredibly competitive. I agree that one should have a certain level of competitiveness in order to push them to succeed however, I feel like in the age of social media, people are becoming competitive to an unhealthy extent. People are competing to have the most followers, get the most praise, be the happiest, or even be the most miserable. Life has become this zero sum game where you only win if someone else loses.

Competition in friendships is probably the least healthy form of competition there is. To constantly feel like you must have the primary attention of your friends and to compete to be the “best” is not only exhausting, but counterproductive. Often, by pushing too hard to be the center of focus, you are pushing the people you want the attention of away. To feel the need to be “the best” or the most highly valued friend in someone’s life is just going to leave you feeling dejected and disappointed when people don’t react in ways you’ve hoped. However, this expands to every area of life from careers, to relationships, to followers on Instagram.

This desire to compete often overlaps with jealous or, in terms of games and competitions, being a sore loser. By putting so much of your energy into being above other people, you are essentially setting yourself up to be a sore loser in a game that nobody asked to play.

Another toxic form of competition is competitive happiness and misery. Trying to one up people about having “the best” day or “the worst” day is an example of competitive happiness and misery. For example, if I tell someone that I found out that I was getting a raise today, a person with competitive happiness would probably bring up how they are getting a raise AND a promotion. On the other hand, if I tell someone that I found out that my job was filing for bankruptcy, a competitively miserable person would point out the fact that they just got fired and they can’t pay their bills and their family member is sick, and so on until you feel like your situation is utterly meaningless.

So how do you stop yourself from turning life into a competition? The primary thing you need to realize is that people are allowed to succeed without you losing. Your successes don’t lose value because someone “did more” and your successes aren’t so important that you need to put down people who have “done less”. Everyone can succeed equally and independently.

And in terms of friendship and relationship competition, it is about learning that every person in your life has something unique to offer and instead of trying impossibly hard to be the “best” person in one person’s life, you should try to be a quality friend to all people who care about you and respect your friends as they do the same. Your friends are allowed to love other people differently and just as much as they love you, you don’t need to fight for that (and if you do then it isn’t a real friendship and isn’t worth the competitive energy).

The most important thing to remember that, at the end of life, there are no winners and losers just people who played the game and lived out their truths. Don’t waste your whole journey away trying to prove yourself to other people. Be your own cheerleader and use that competitive energy to push you forward instead of letting it weigh you down.

That's a wrap on 2022🎆
🫀🤝🧠
My 2023 Goals:
WARNING: I will continue posting photos with pretty lights after Christmas ends💡
In the words of Camilla Cabello, "have yourself a merry little quizmas" 🎄😘
Work/Life Balance☕️
Feeling festive🎄
Your presence is the best gift✨️🎄
Feeling Festive✨️