Two very great (and different) Halloween experiences in one week! How did they stack up?!

So I have been to Halloween Horror Nights and Mickey’s Not So Scary Halloween Party each one time before going last week. However, I had never gone to both in the same week so I feel like this would be a great time to give my comparisons of the two very unique events and show how they stacked up!

Processed with VSCO with a6 preset

Processed with VSCO with a6 preset 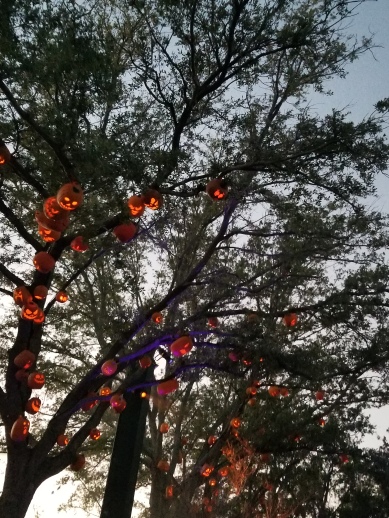 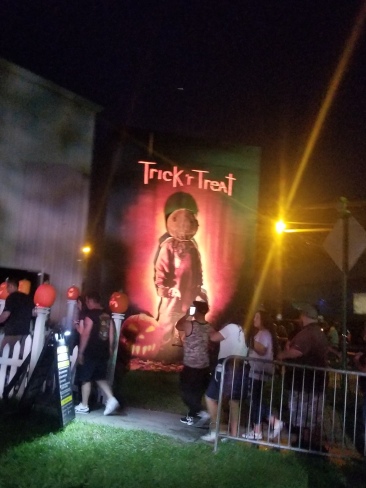 Good for Ages: 13 & up, but I saw younger kids there too so I guess it is all about how well your kid handles horror and things.

Pros/Highlights: The park was open super late so you had a lot of time to get things done. The multiple scare zones kept the walk through the park interesting and the themeing of different park areas was super cool if you’re a horror buff.

Cons: If you don’t have an express pass, it is hard to get on everything. I got onto a decent amount, but would have loved to see even more. My other con, which I completely understand and am not knocking Universal for, is that you go into the haunted houses in a long line and occasionally miss the scares because they get people in front of you.

What I did: When I was there, we went to 5 different houses. The first one we went to was Trick ‘r Treat based on the movie of the same name. I definitely didn’t find that one scary, mostly because I find Sam (the little potato sack guy) to be very cute and not menacing in the slightest.

The next house we went on was Seeds of Extinction which was about evil mutated plants taking over the world and killed everyone. I loved this one because the plants were so well camouflaged that they actually really did come out of nowhere.

The third house we did was Dead Exposure, which my friend said was the scariest one of the year. I really feel like it delivered. I am not an easily scared person, but I must say that the strobe lights left me feeling a bit disoriented and vulnerable. It was about some sort of disease outbreak and it was really cool. They utilized a lot of light effects to up the scare factor and the atmosphere was super tense and cool.

Next, we went in a house called Slaughter Sinema. It was a sort of vintage horror movie spoof house. All the rooms had funny names and they game you a little background on the house in cheesy previews on line. I liked this one because it was quirky and scared the drunk people in my group a lot which I found hilarious.

Before heading to our last house, we went to a dance show called Academy of Villains which was amazing and featured break-dancing and slack line artists doing really cool tricks and offered a level of audience interaction that was fun too.

Lastly, we went to the most known house of this year which was the Stranger Things house. I don’t watch that show, but I have seen enough about it to know a lot of the references and I thought the house was super well done. The line was long but it was a fan favorite so I could see why. The themeing and costumes were great and so was the atmosphere. It wasn’t a scary house, but it was very well done. 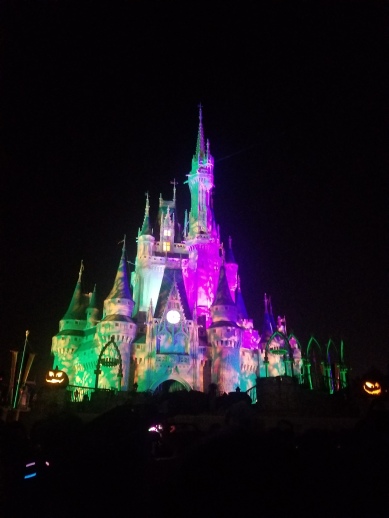 Good for Ages: All

Pros/Highlights: The event offered smaller crowds, special performances, and even special merchandise. Plus the Halloween decorations were taken to a whole new level than what you see during the day.

Cons: Trick or Treat areas were put in high traffic areas causing a lot of people traffic and dense crowds. In order to see the shows, your park time is pretty limited.

What I did: I started my night going to the first trick or treat spot and taking a look at all of the cute decorations in the area. After getting my trick or treat bag, I went to Haunted Mansion which is my favorite ride. I loved it during the Halloween Party because the cast members were in full make up.

After, I wandered over to Pirates of the Caribbean to see the Halloween overlay. They added real actors to the ride which was really cool! Your mission was to find this Pirate on the run and you found him on a bridge in the ride. He bantered and made jokes with your boat as it passed and I think it was a cute touch to add to the ride and can see them doing even more with it in the future. Maybe something similar to The Great Movie Ride!

After that, I made my way back to Main Street for the Boo 2 You Parade, the Hallowishes Fireworks, and the Hocus Pocus Villains Spectacular (which was to die for. Here is a video from YouTube (From a personal favorite channel of mine, TPMvids):

Overall, I would rate my Mickey’s Not So Scary experience a 7/10 (but if I combine it with my feelings from the last time I went, I would give it a 9/10)

5 thoughts on “Blogtober Day 14- Halloween at Universal and Disney”

Went to a Chinese Lantern Festival, but left my Chinese boyfriend at home...oops
Festive beverage season is my favorite season☕
OK Google, play All Too Well (10 Minute Version) (Taylor's Version)🍂
I don't understand sports but here I am🏀
My lease for the second year at my first apartment will be done in a little over 60 days. Here is a list of the things I will miss about my lil space:
What does taking care of yourself mean to you? For me, I practice self-care a lot of ways. Sometimes it's honoring my body's fatigue and staying in to recharge my social battery. Other times it is pushing myself to do things that improve my health and self-esteem, even if I'm tired. The key sign you're taking care of yourself is if you're acting consciously, with your best interest in mind💫
I feel like happiness means different things to different people. And I think it's beautiful that happiness can be experienced by a group of people in different ways. For some people, happiness is a weightless feeling. A dizzying joy filled with giddiness and energy. While, for others, happiness is a softer emotion drenched in calm satisfaction. And sometimes you can bounce between the two from moment to moment. A mix of bliss and serenity in truly spectacular moments. Excitement and peace coexisting in a single emotion. Many people living the happiness in a single moment in hundreds of different ways. The other beautiful thing about happiness is that it comes in waves and chasing it is half the fun of having it💛
Thinking about getting back into writing like I do just about every month. I miss the feeling of turning my life into content and holding myself to a posting schedule, but I am just trying to get my spark back⚡
I've used the caption "send noods🍜" too many times, now what?