5 museums, a couple of monuments, a few coffee shops, and a ton of exploring…

I spent a couple of days in Washington D.C. last week, but as you might have noticed from my previous travel posts, I am good at cramming a lot into a short trip (and so is my family, so together, we are an unstoppable force). 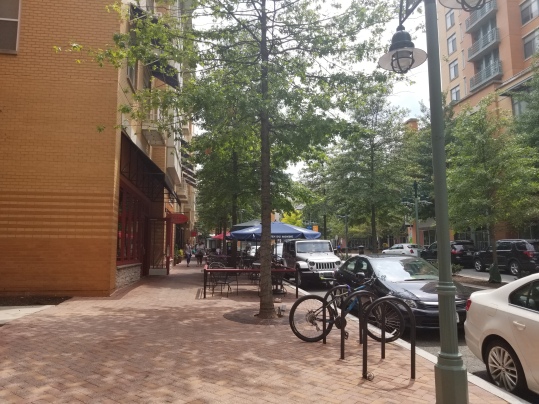 First, I started my trip in Arlington in a cute little village by my hotel. In the way of shops, it had very little but it did have a wide array of different restaurants.

Hungry from the long drive down, my family and I checked out a small irish pub style restaurant named Beckett’s, I believe. The food was great and the atmosphere was really nice and cozy, especially with the heavy rain outside. After, I finally got to try Peet’s Coffee and Tea and got myself a killer Chai Latte.

After spending some time waiting out the rain in the hotel room, we went to cafe/bookstore/poetry lounge/restaurant next door to the hotel called Busboys and Poets which had an amazing selection of vegan food for any vegan readers out there. 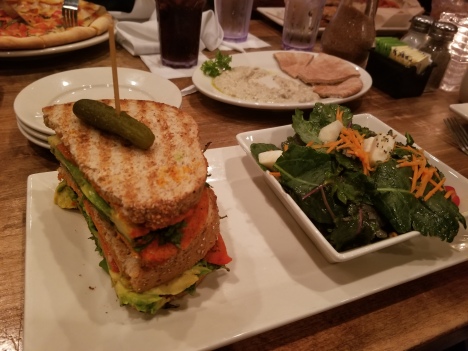 I got a vegan veggie panini and my family and I split Baba Ganoush with pita.

The environment of the restaurant was fantastic and even the menus displayed beautiful little quotes on them. I like quirky local places that make themselves community staples. 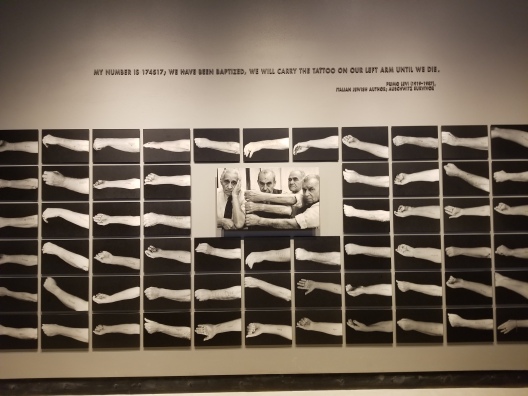 The next day we ventured into D.C. for our first long day. We started out at the Holocaust museum, which I had stopped by while in high school, but due to time constraints, was unable to go to the main exhibit.

Coming from a half Jewish family, I knew many of my mom’s distant relatives had perished in concentration camps. This made the whole experience feel all the more personal. It was absolutely heartbreaking to see pictures and read stories of those who perished and listen to narratives of those who survived.

At the beginning of the museum, you picked up an identification card and got to take with you the identity of someone who had go through the holocaust. Once you reached the end of the museum, you read your person’s fate. I had a woman named Rozia Susskind. Rozia was hard working and ambitious and seemed to have a lot of strength pushing forward after losing her family business, her mother passing away, and being forced to resettle in a ghetto. However, Rozia, along with her Uncle were moved to the Belzec concentration camp where she perished. It is sad to think about all of the beautiful things she could have done if she was just given the chance she deserved. 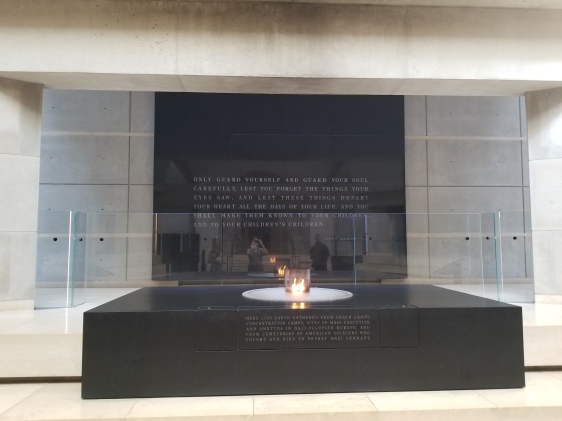 After viewing the main exhibits, I went to light a candle in the remembrance hall for Rozia as well as my lost ancestors.

My personal favorite exhibit was the exhibit on geodes, crystals, and minerals. I saw so many varieties of crystals and minerals, even ones i had no idea existed! 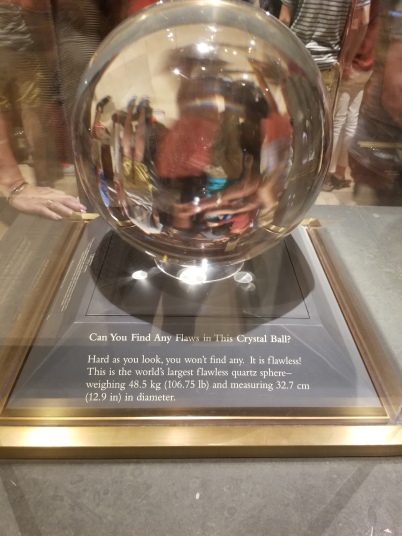 I also got to see the largest, flawless clear quartz sphere in existence. I’m not sure if I’ve ever mentioned it in a blog post, but I’m very into healing crystals and collecting crystals whenever I can. So seeing crystals I have in my own collection, but even bigger and more grand, was so fun for me.

To end the day, we went to the Smithsonian Air and Space Museum. I’m definitely more of a space person than an air person, but I found the whole museum very interesting. Its crazy to see how far technology has come in less than 100 years and I’m just as excited to see where we go next.

The next day was another super busy, fun day. After grabbing some breakfast, we headed out to the International Spy Museum, something I have always wanted to check out. I’ve always had dreams of being a detective or a spy (Nancy Drew will forever be my snooping and sleuthing inspiration).

I also got to see a wonderful exhibit on James Bond. What I enjoyed about the museum the most is that it was very interactive. I got to crawl through vents, decode messages, take on a new identity, solve puzzles, and hang from a support beam. I find that being emersed in a museum adds to the value of everything you learn while there.

Lastly, my family and I checked out the Smithsonian Museum of American History. Going in, I expected it to be all about the revolution and stuff like that, but there was actually so much more to it.

There was an exhibit on the evolution of marketing in the US (which was super exciting to the marketer in me), as well as transportation, energy, food, government, cultural diversity, money and so much more. I think in particular though, I’d recommend the marketing exhibit and the money exhibit. Both struck me as really interesting.

Overall, I found my short stay in Washington D.C. to be very productive and I’d love to go back and explore even more someday.

But until next time, Wish You Were Here~

5 thoughts on “Wish You Were Here: Washington D.C.”