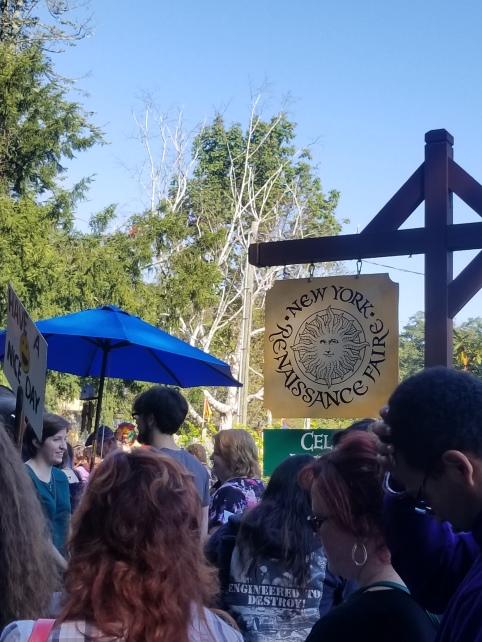 Who knew that getting transported back in time could be so fun!

Fall is a time for fun activities, enjoying the great outdoors, and trying out some new experiences.

This year, my friend Angie and I decided to go the New York Rennaisance Faire. Angie had been a couple of times before but this was my first time ever attending. The Faire was about 2 hours away from home so, despite being a bit of a drive, it was still manageable. We head out super early to avoid traffic and were lucky to get there with time to spare before the big opening “ceremony” thing. 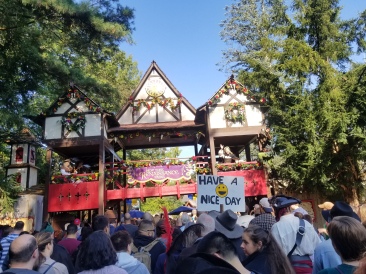 It was really cute to see people who really committed to dressing up. I think it really helped with the ambiance that other people got into a spirit of the event. Here is what I wore: 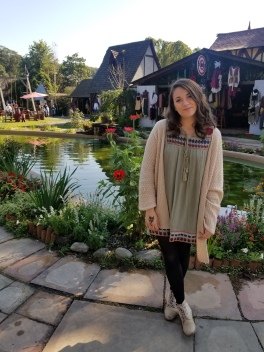 I wore this really flowy green dress that had cute embroidered details on the hem and chest, as well as a very bohemian looking tie around the neck that had little wooden beads on the ends. I really felt like the dress was a good choice because it was super light and comfortable and offered me the more “earthy” look I was going for.

I feel like olive green compliments tan/cream really well so I paired it with this light knit cardigan that I really love. I got it a few years ago on clearance at a store called Papaya and I get so much wear out of it. I think the most unique part of it is that the back is shorter than the front so it sort of just drapes in this slouchy cute way.

Lastly, I paired the look with some tights which I mentioned in my fall staples post as well as some adorable boots that have a nice crochet overlay on the sides that brought in the floral of the dress and the cream color of the cardigan.

Once we arrived at the Rennaisance Faire we made a b-line for the back of the faire to avoid the congestion of the heavy crowds towards the front. We also stopped to get some henna tattoos before wandering off too far. I got a really simple floral design and Angie got this swirly bubbly design. 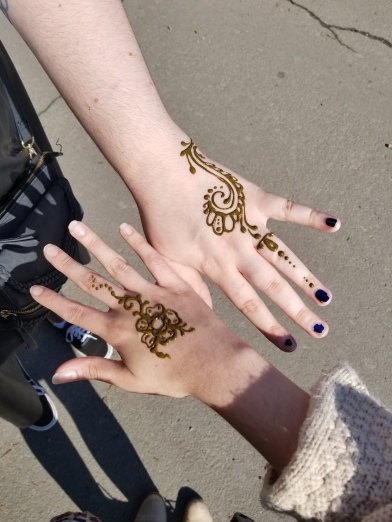 After, we browsed around the crystal booth as well as a few other booths, trying to avoid bees along the way. After wandering around quite a bit, we decided to settle in to watch a show featuring some cool and unique birds. We saw everything from a falcon to a beautiful owl. 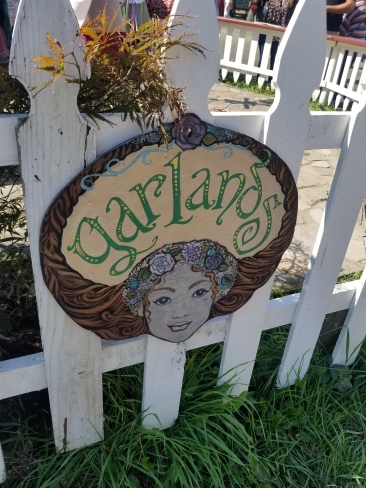 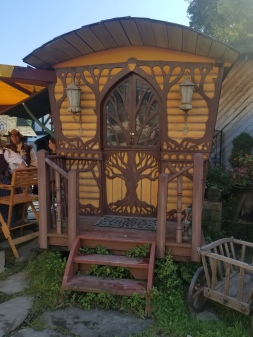 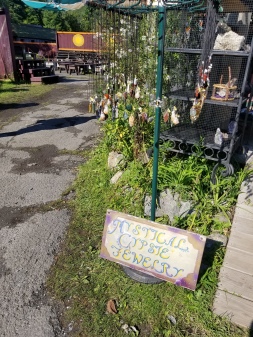 After the show we decided to get some food. I got a steak on a stake (steak kebab) and a Dole Whip (I was so excited to find one outside of Disney World). It was really good but it was a tad expensive. However, it was yummy steak. 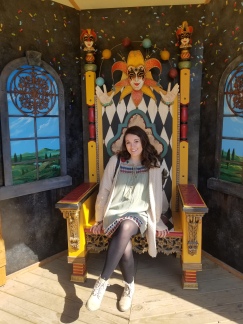 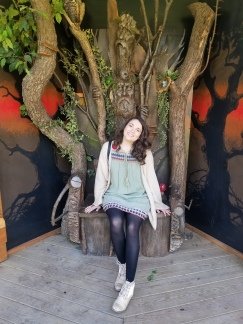 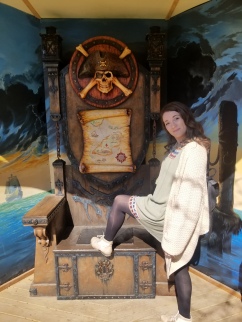 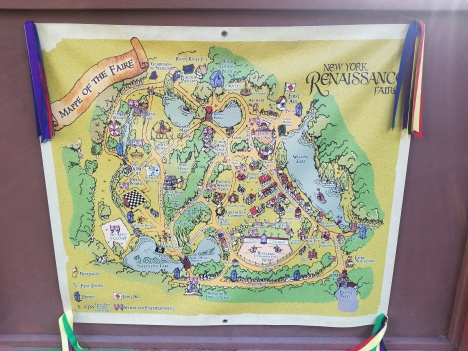 When we were done eating we decide to make our final rounds to the last few shops we wanted to hit and pick up some things for a friend.

Overall, my first experience to the Rennaisance Faire was really nice and I enjoyed the new fall experience.

3 thoughts on “Blogtober Day 15- Wish You Were Here: Renaissance Faire”